In the heart of Vranjevo, the old part of the settlement of Novi Bečej, there is the Homeland Museum Glava's House. The house of the great Novi Bečej benefactor and humanist from the end of the 19th century and the beginning of the 20th century represents the architectural-stylistic and cultural-historical value of Novi Becej.

Dr. Vladimir Glavaš was born in the rich bourgeois family, at the end of the 19th century, in 1834, one of the biggest benefactor and humanist in Vranjevo at that time. This noble and highly ethical man would mark the bourgeois period at the end of the 19th and the beginning of the 20th century as a very important and respected person of that time. He graduated in the law school in Prague in 1862, but he never worked as a lawyer. He dedicated his career to the economy and agriculture. He was a true patriot, helping Serbs in the fight against Austro-Hungarians. He respected other nationalities that lived in Vranjevo and Novi Bečej, as well. He went to orthodox and catholic church and synagogue which were in Novi Bečej. Showing nothing but the respect toward all nationalities and by visiting these temples, he fed his soul by beauty and true belief in divinity.

During studying and later, his friends: Jovan Jovanović Zmaj, Svetozar Miletić, Đura Jakšić and other important Serbs of that time, were always welcomed in his house. Even he was an eccentric and never got married, he admired certain people and enjoyed their company. Vladimir Glavaš left his house and a significant part of his estate to the church, with the note that they use the house as the hall of the church municipality or the orthodox church office, but never as a school because he “doesn’t want women in the house”.

The house was finished in 1830, and today is redecorated in a museum. The House of Glavaš Family is the example of the rich bourgeois house in Vranjevo. It was built in the classical style (Biedermeier) and is on the corner of two important streets Josif Marinković and Svetozar Miletić. The base of the building is rectangular, the facades are made of pilasters, windows without decorations are between them. The only decorations are below windows in the shape of rectangle with noched angles and on them are the application in the shape of rhombus. The large wooden triple gate is made up of horinzontally arranged plates. The roof is a mono-pitched covered pepper tile, and a pediment has a rounded tip of a trapezoidal shape. Below the middle part of the building is a basement that is covered with a semi-spherical vault.

The house of Dr. Vladimir Glavaš is under the protection of law. It became a cultural monument of significant importance for the Republic of Serbia because of its interior, furniture and authentic portraits. Museum, the old municipality building and St. John Forerunner church, now belong to a spatial and cultural entity “Old Vranjevo Centre” by the decision of the Government of the Republic of Serbia from 2018.

This significant and valuable entity has urban, architectural-stylistic and cultural - historical values. The center of Vranjevo was the center of cultural and spiritual life of Serbs in the northern Banat. In the 18th, 19th and the beginning of 20th century it was the part of Austria and Austro-Hungarian Empire. Important bourgeois heritage, the history of this place and the significant events recorded in the Great Kikinda District (1774-1876), are the example of cultural and spiritual development of a nation that wanted to preserve national, religious and cultural identity.

The Museum “Glavaš House” has several nicely decorated rooms that look alike. In the first room there are numerous photos from the time when its owner lived in it. They are showing us the lifestyle of the people from that time and the values that have been nourished.

There are photos of Glavaš family members and Vladimir himself, important people of Vranjevo from that time, priests and common people-farmers. Other rooms have the antique furniture which was in use at the end of the 19th century and the beginning of the 20th century. It has been restored and well preserved. The authentic paint on the walls, which could be found only in Glavaš time, the old sofas, large wardrobe, old furnaces and stoves, beds, desks, old-fashioned mirror, the piano… Some pieces of exhibits were presents from our citizens and we own them a big gratitude because they helped us to enrich the collection and display it to the visitors, most of all to our younger generations so they can see the richness of our cultural heritage.

We are also very proud of another Novi Bečej citizen, the famous composer Josif Marinković. His birth home which is opposite the museum is not preserved. So, the museum dedicated one of its rooms to this great composer. Besides the luxurious furniture, there are framed yellowish sheets of paper with notes that was written by Josif Marinković, the family photo album and the drawings by Milorad Josimović, a painter from Novi Bečej, who were based on the old people’s stories and rare photos left from that time. That is how he managed to draw the composer’s house. There are also some ball invitations from 1910, with the dress code for gentlemen and ladies. The special exhibit for us is the pump organ, the music instrument similar to the organ.

The next room is decorated with the original priest’s ropes which were the gifts to Vladimir Glavaš from the priests, because he was a dedicated believer. There are also some photos from the church life and everyday life of well known and less known people from Vranjevo at that time. At the end of the house is a typical kitchen for that time and its pots, bowls, peasant stove, mortars and pestles, irons… Conservation and restoration has been done from 2007 to 2009. In that period, the new roof was placed, the façade was renewed as well as the interior (wall painted decoration, the furniture and the wooden objects). Inside the museum’s garden there are the utility rooms which were also renewed. These rooms were the apartments for people that used to work for the church and the church municipality offices that are now the old craft’s workshops. In one room there is completely furnished old barber shop, a blacksmith, a roper…there are so many exhibits of the old crafts and many more that have been waiting to become exhibits! Today, the part of the house belongs to the Country Club of Vranjevo and Novi Bečej. Their activities serve to enrich the events of the festivals. On the centenary of Dr. Vladimir Glavaš’s death, on the February 16th, 2009 the first museum in Novi Bečej was opened. Today with the pleasant gatherings and the best wines in the beautiful courtyard ambience, various events are organized and the important jubilees of our towns are celebrated. 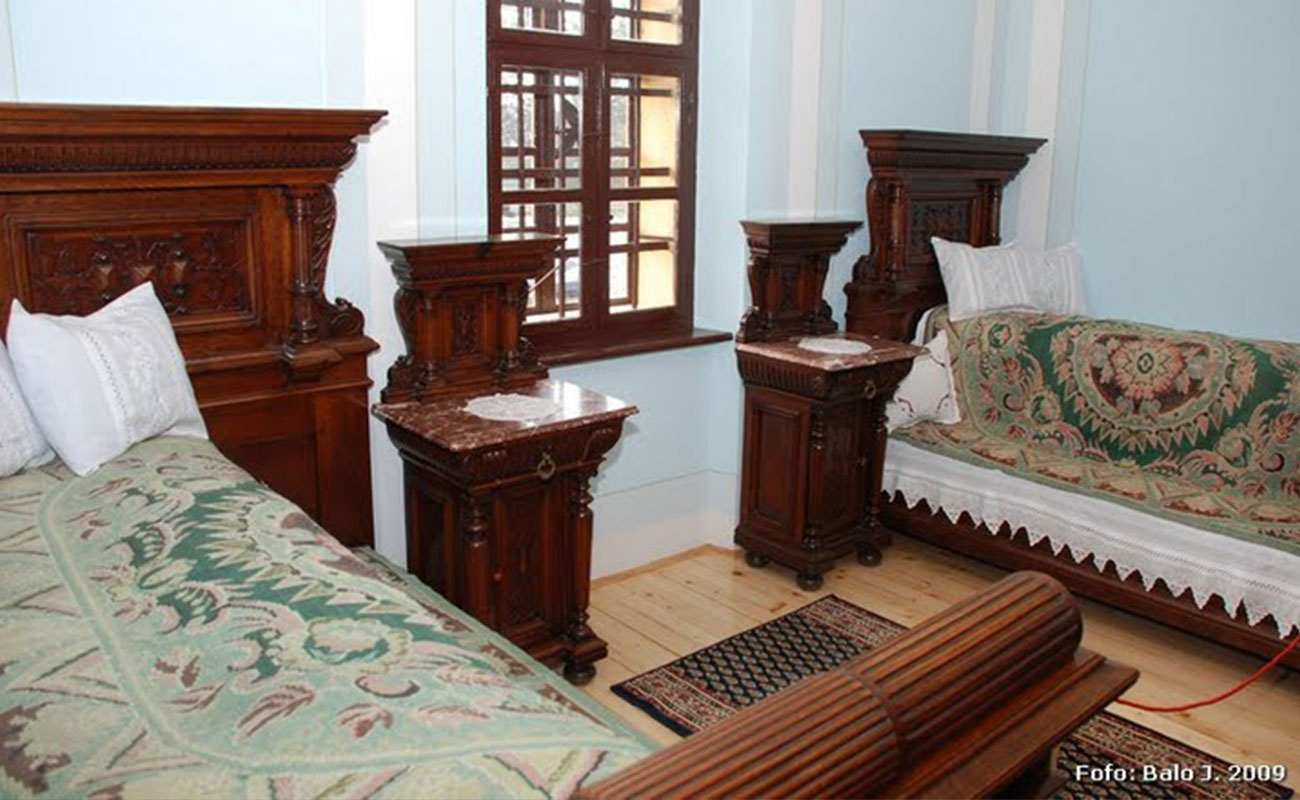 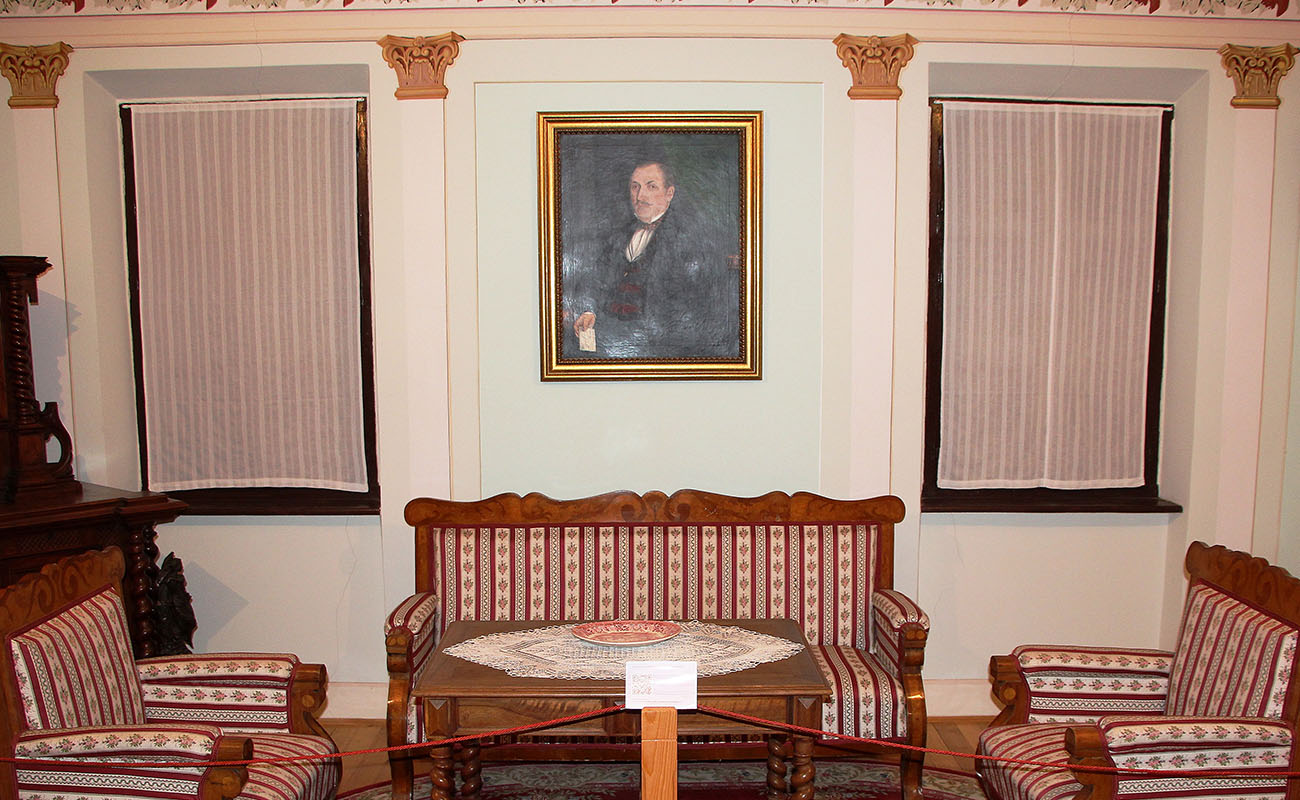 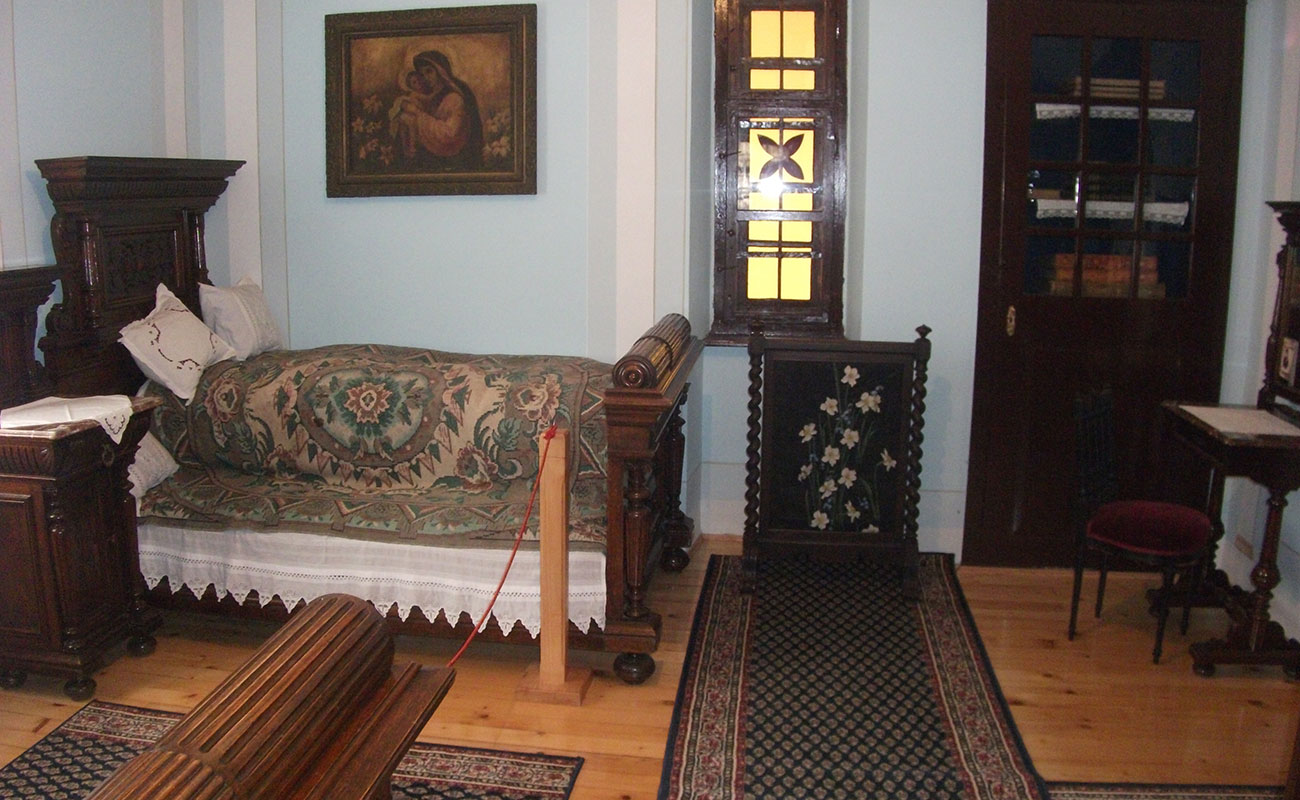 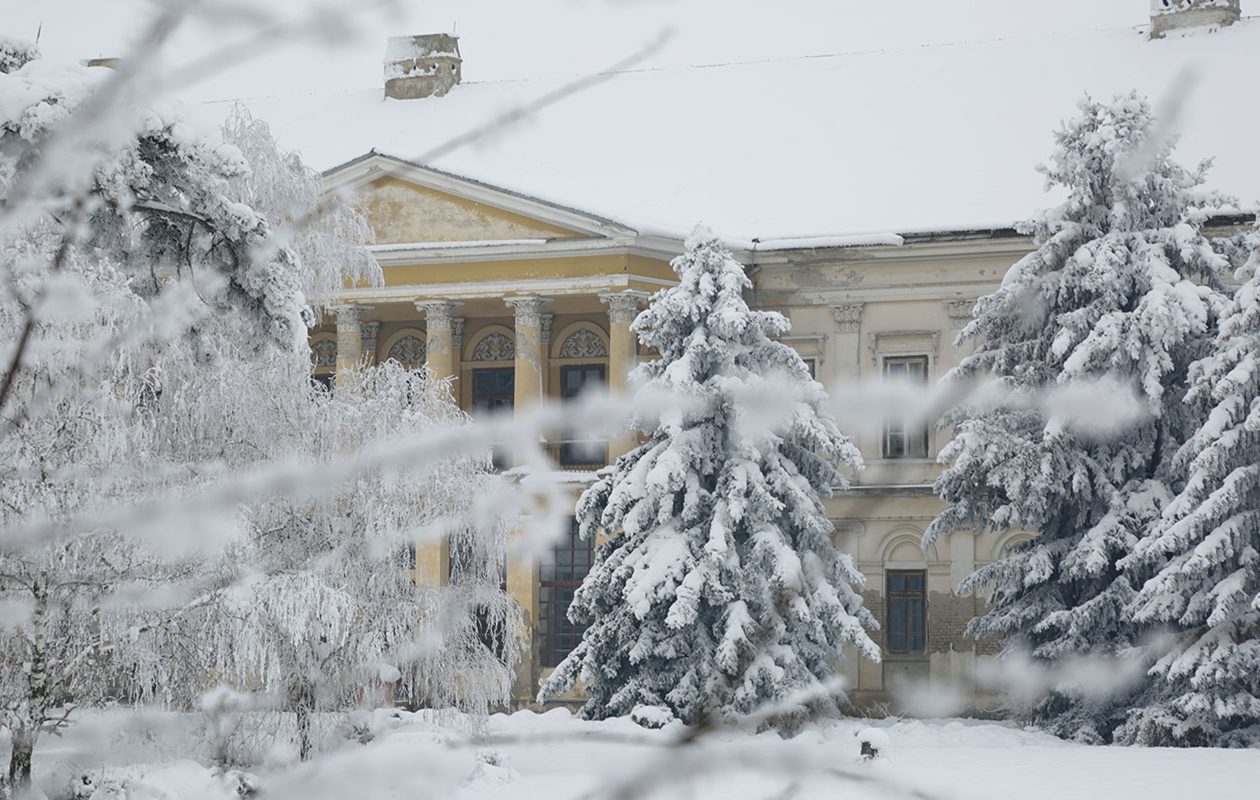 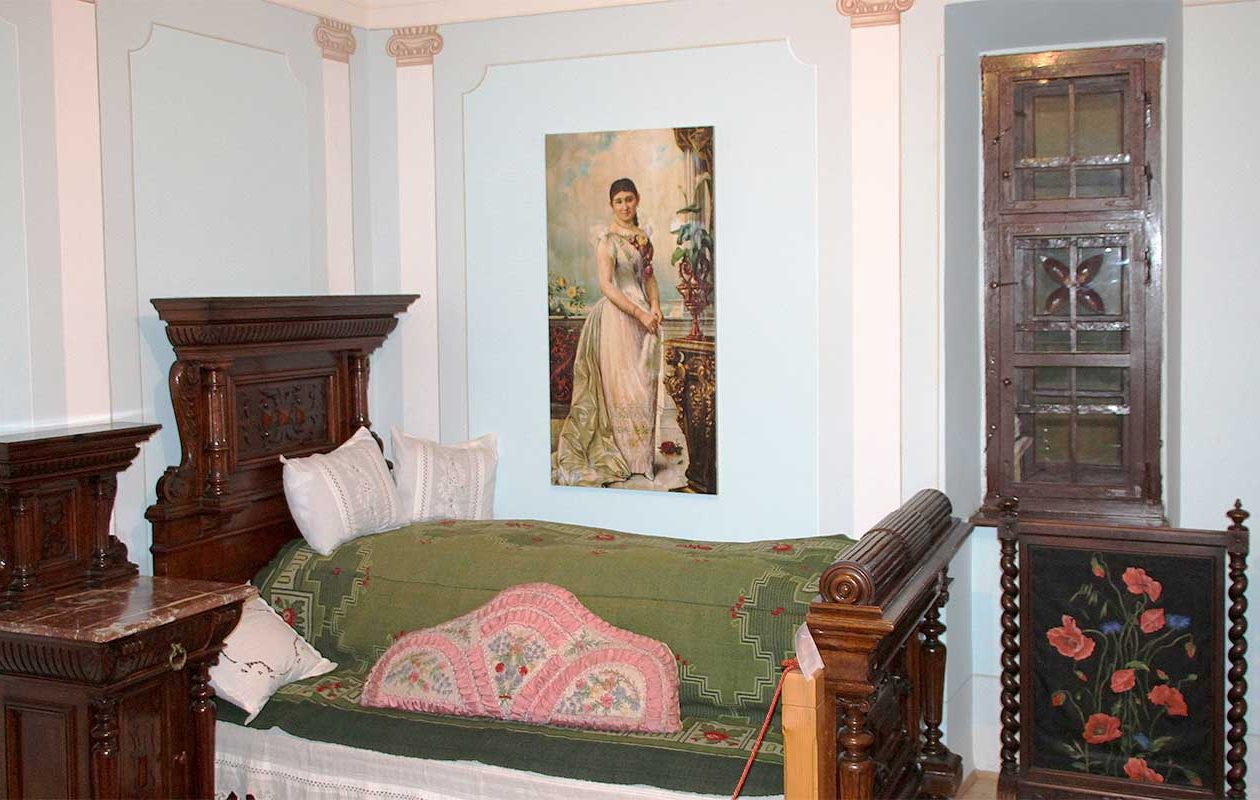 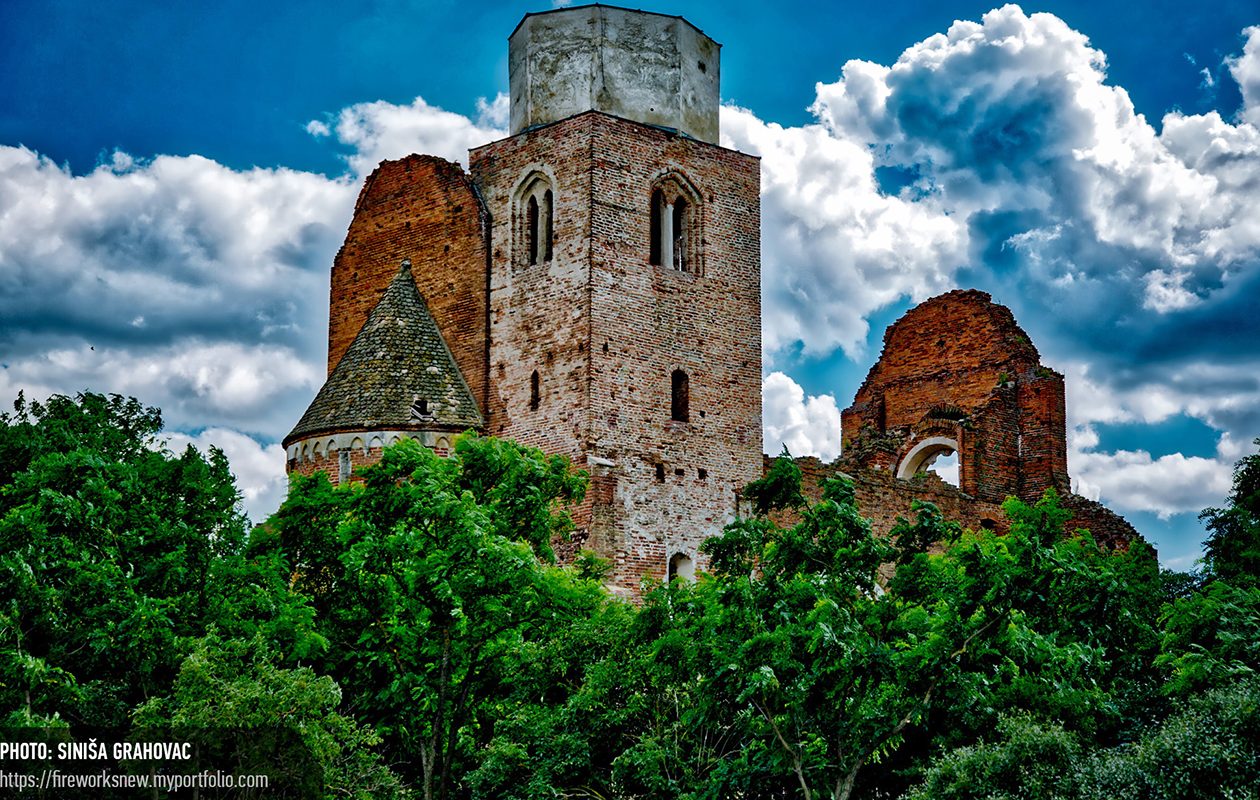 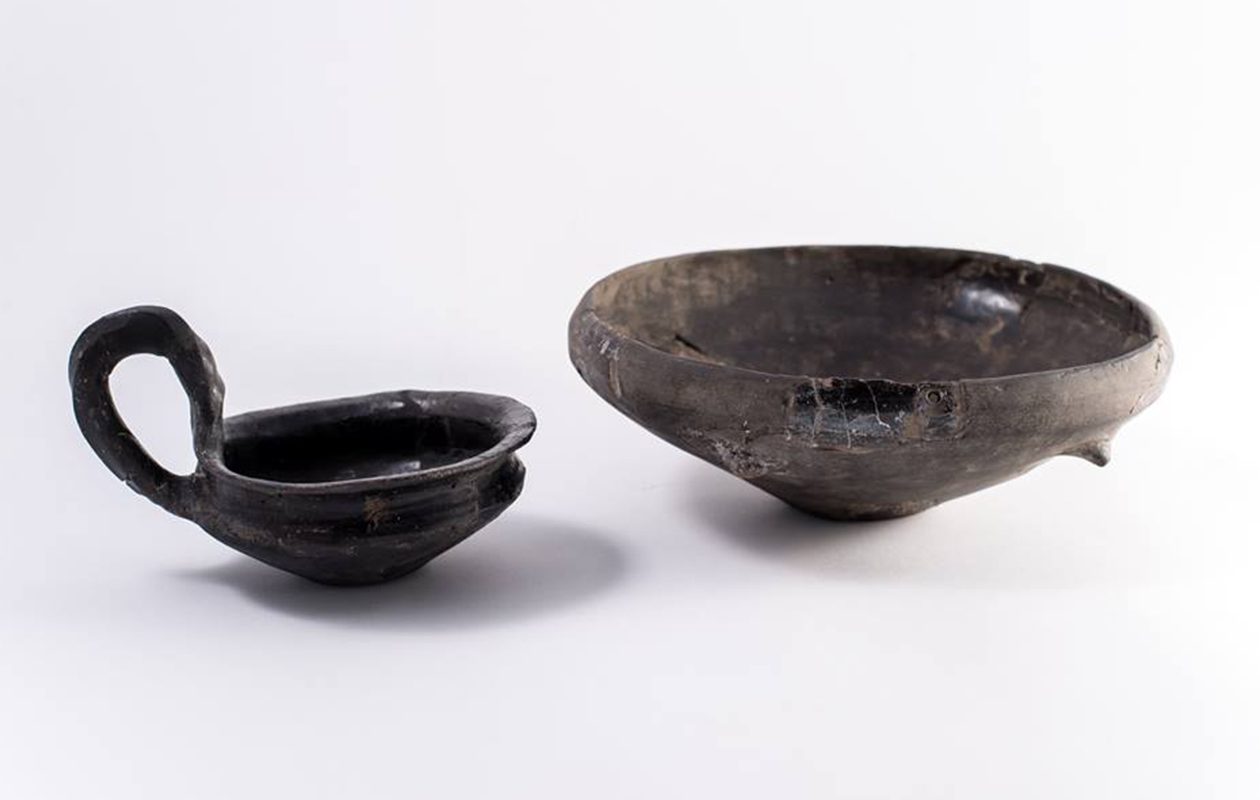