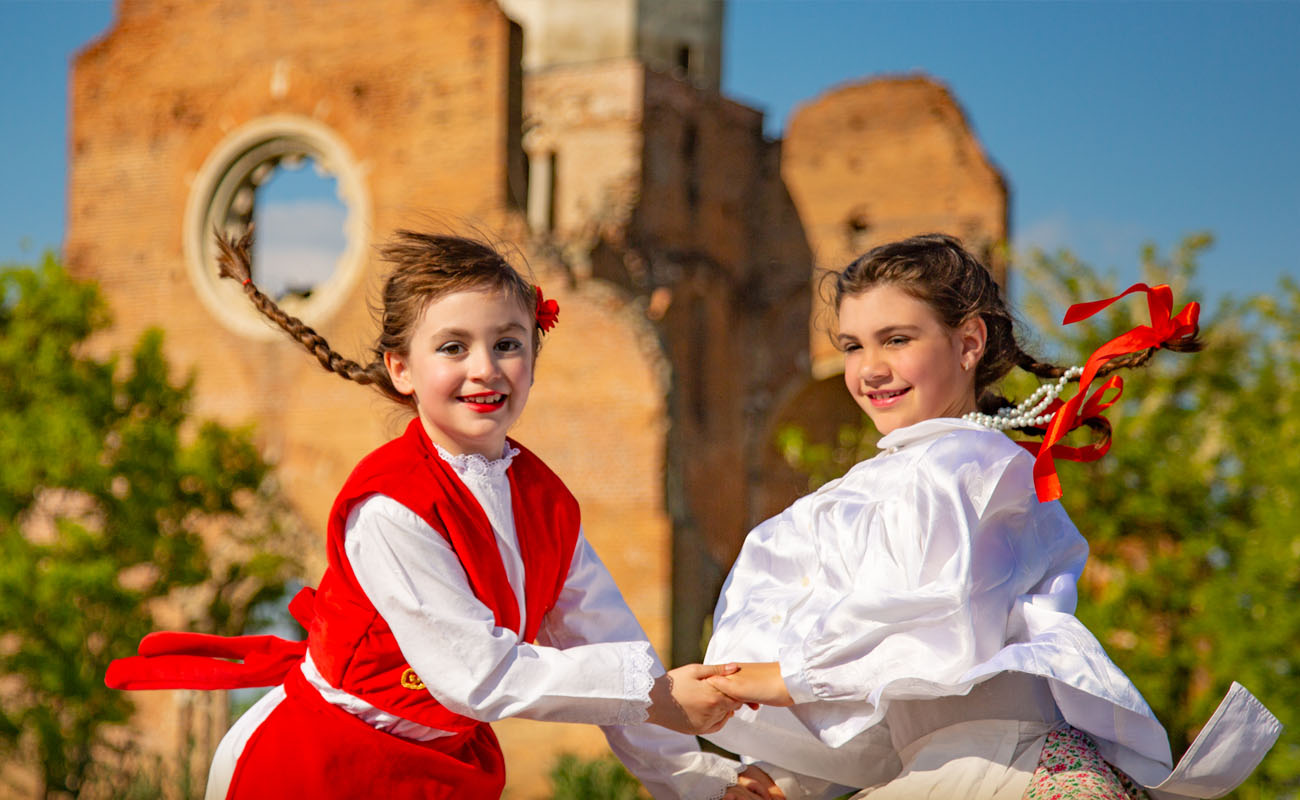 A medieval picnic with entertain in an authentic ambience, with the traditional cuisine of this area, music and dance that evoke age-old times and the spirit of medieval Vojvodina, a warm June day promises more than just history. Picnic on Arača is already a traditional event. In the medieval beauty and love for this historical treasure, visitors from all over Serbia gather to enjoy this unusual event in the spirit of the past. Arača rewarded us richly - with love and respect for the common heritage of Serbs, Hungarians and Romanians who were then and now our dear neighbors. They were together in the past, the present and the future. This event is organized by Tourist Organization of Novi Bečej Municipality, Novi Bečej Municipality and Association of Citizens “Arač 95”. Sponsors and co-organizers are PC KomunalacNovi Bečej, Local Community Center of Novi Bečej and Agrotex firm. 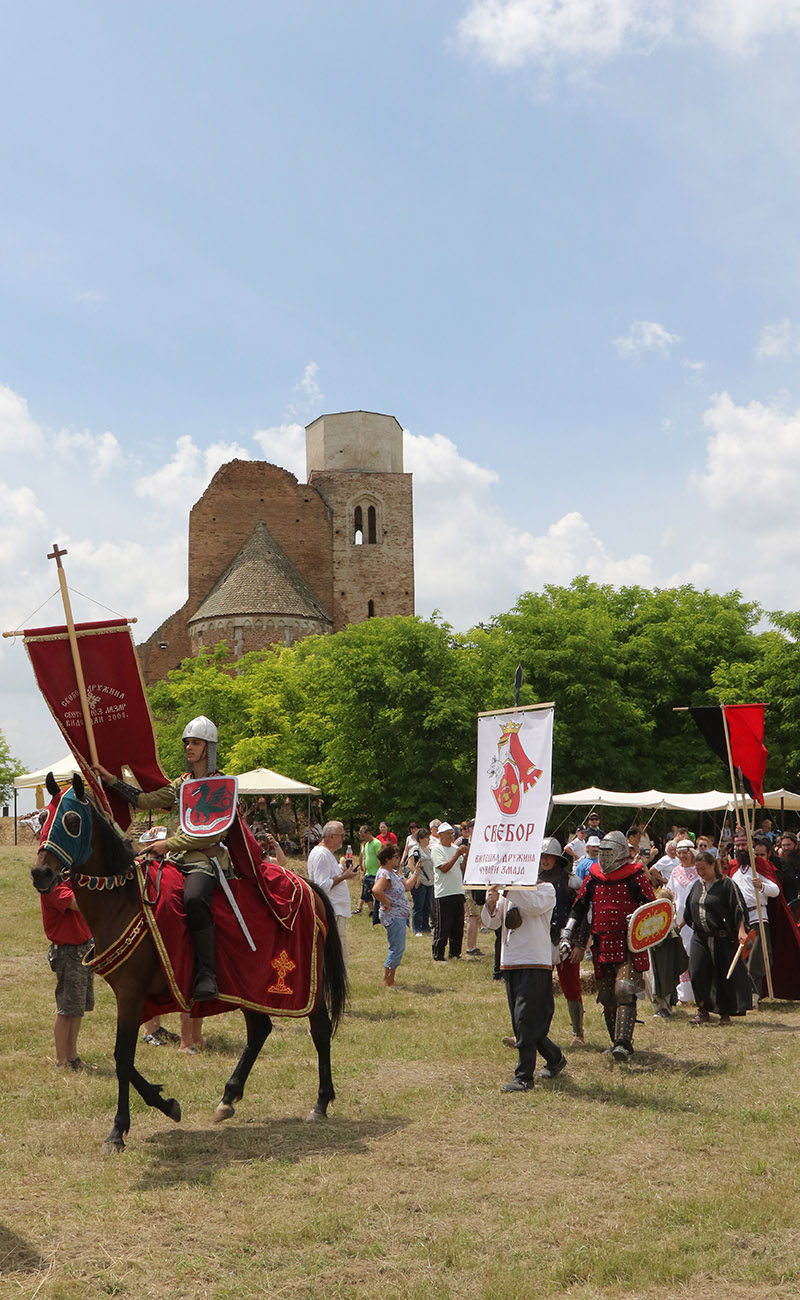 To be in this holy place, imposes a moral obligation, an obligation to our glorious ancestors, as an expression of deep respect, to remember the history of this sacred building. This beautiful masterpiece of our Panonnian Basin is one of the rarely preserved architectural monument. The turbulent and unexplored history of this sacral building and this locality, the remains of the basilica that still resist the ravages of time and defy rain and winds, the secrets that hide these walls and the surrounding land that covered the entire past that is yet to be discovered...

The first church dates back to the 11th century and it was probably a parish church or a chapel. The earliest written record about Arača settlement dates back to the first half of 14th century. It is mentioned as a parish in the list of papal tithes among the Catholic parishes of the Torontal archdeaconry. From a small rural settlement with the same name as the basilica - Arača, it developed into a rich medieval market town with a monastery and residential buildings of the nobility. Before the Turkish conquests, it was a cultural, religious and economic center with a magnificent monastery, church and rich square. However, its earliest history remains undiscovered. Many rulers, church dignitaries and wealthy nobles left their mark. The remains of present basilica are from the first half of 13th century (1230.). It was also under rule of Serbian despots Stefan Lazarević, and later Đurađ Branković. His son, Lazar, inherited the estate after his father died. When Smederevo fell in 1459, Arača came into Szilágyi Mihaly proprietary. The monastery was extinguished in the last decade of the 16th century. There were the fortress around the monastery. Unfortunately it was demolished after many battles and the desolation of the conquerors. Apart from the socio-economic moment, the changes that occurred in the natural environment of the settlement also contributed to the disappearance of this settlement. It disappeared at the same time as Galad and Oluš, the nearby settlements. It was probably an aftereffect of Galacka watercourse disappearance, the natural watercourse that connected these settlements. Galacka lost its connection with Morišriver and became a pond.

Thus, a dozen settlements from the shores of this Moriš distributary disappeared, among which was the settlement of Arača. There is something for everyone at our picnic and everything is in the spirit of medieval life. Authentic medieval village of Arača, decorated with stalls with old crafts and handicrafts that have been forgotten, presentation of old autochthonous cereals and legumes that were once used in the daily diet and dishes made of them, traditional cooked dishes with venison and rare spices,the highest quality honey from our fields of sunflower and wild acacia,decorative candles of unique workmanship, balms and creams for the most delicate skin of medieval ladies and some interesting pieces of jewelry as a souvenir of this "medieval day".
The highlight of the picnic are medieval fights. Brave warriors swore allegiance to their lord and went with him to battles in which their strength, skill and loyalty were put to the test. They respected the chivalrous code which was a mixture of military, social and Christian ethics. It meant honor, politeness, courage and loyalty. Knighthood lived as the moral norm of medieval warriors! This event is unforgettable because of magnificent parades of knights from Serbia, Vojvodina, Hungary and Romania and medieval dances.

The simulation of the battle from 1551, that took place in this area, after the early Christian crusades, reunited all Christians in order to oppose the Turkish invaders who tried to conquer this area in the 16th century. Here, near the Bečej fortress, which was unfortunately destroyed to the ground, opposed the forces of the Serbian knights under the command of Despot Stefan Lazarević and Đurađ Branković, as well as the Romanian knight VladTepes , known as Dracula and the army of the Hungarian knights of King Sigismund II. 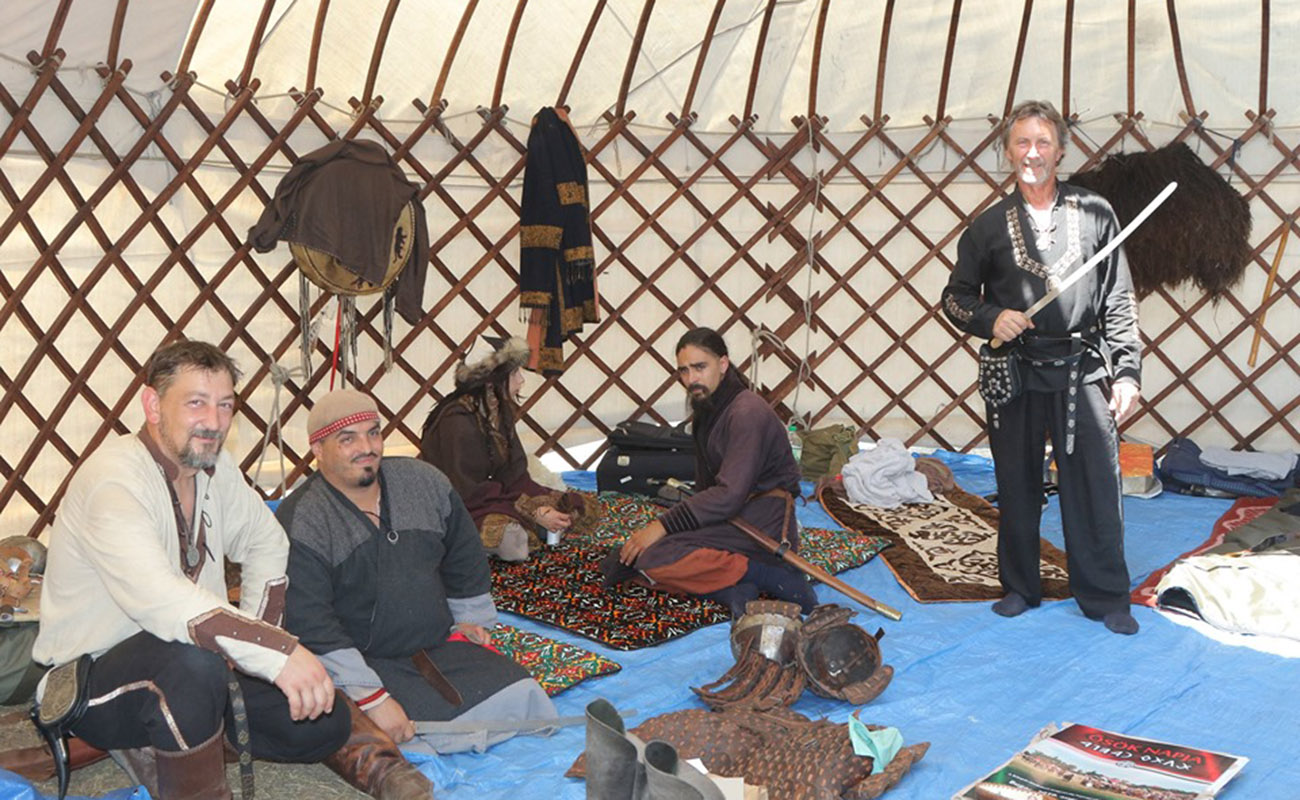 Cultural and Artistic Associations present medieval music and old instruments and folk art. They motivate young talented people to preserve the tradition of our country. Artistic directors and choreographers of associations dealing with medieval tradition, encourage children and youth, by organizing numerous workshops on music, history and folk traditions, to preserve our national treasures and pass on valuable knowledge to younger generations. Simulations of fights, battles, competitions in archery are just a part of the program that can be experienced on Arača. And let's not forget the youngest ones! Children's imaginative notions of love as a primordial need of man in synergy with knightly codes of honor, workshops and an archeological site in which little explorers enjoyed looking for valuable objects and artifacts in the sand. 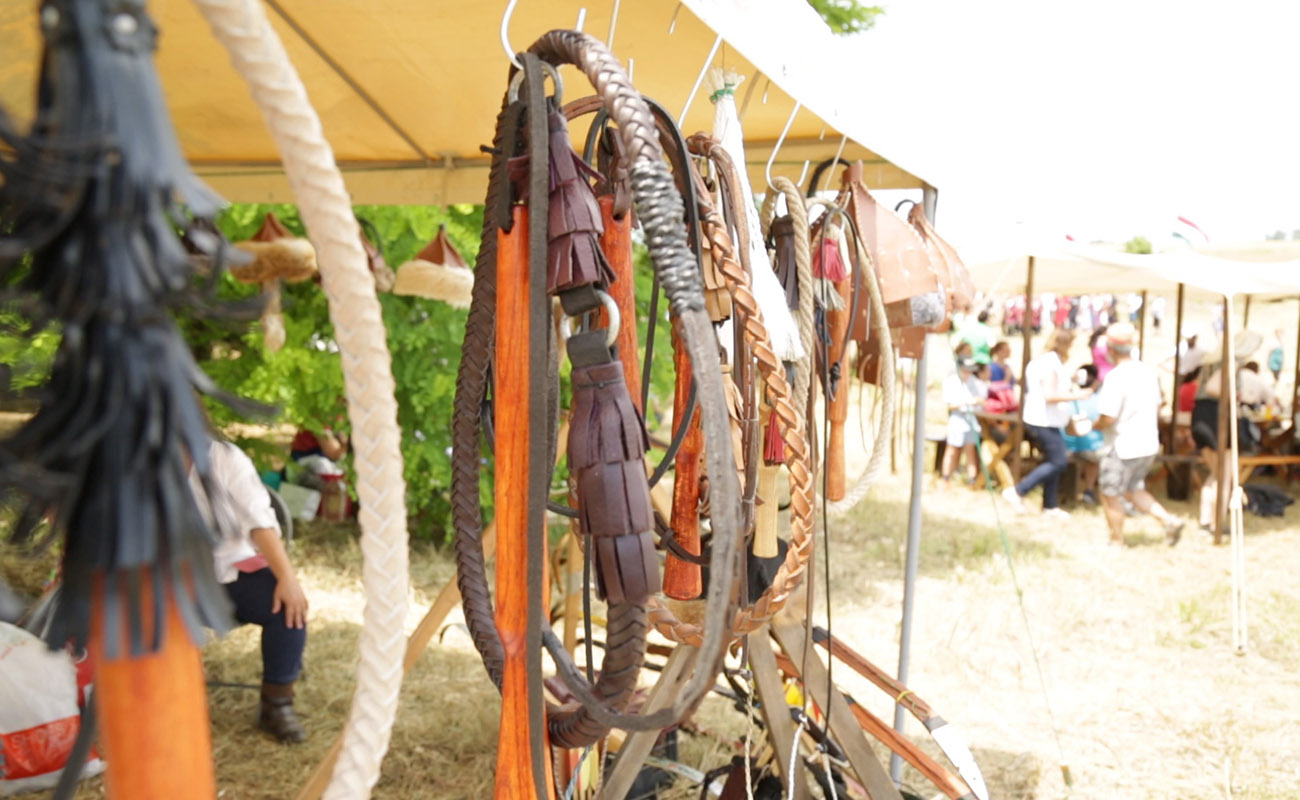 Concert of musical ethno ensembles, tastes and smells of traditional dishes that spread through the Novi Bečej countryside, all-day entertainment for all ages and a day when Arača revives its past. The sound of authentic, old and forgotten Serbian instruments such as: kawala, ćeman, double-sided lahuta, banjola, lute, spreads across the expanses of our Vojvodina plain and invite you to another "Medieval picnic on Arača". 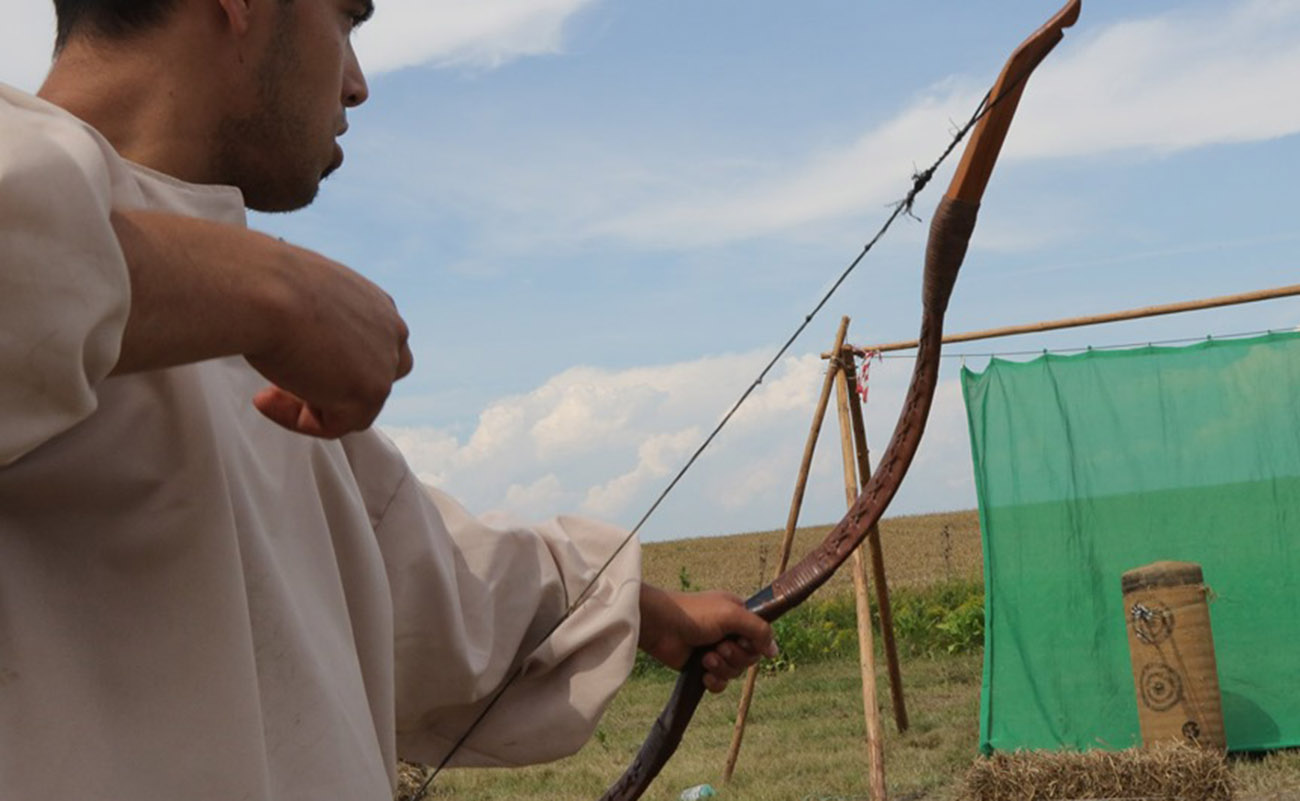 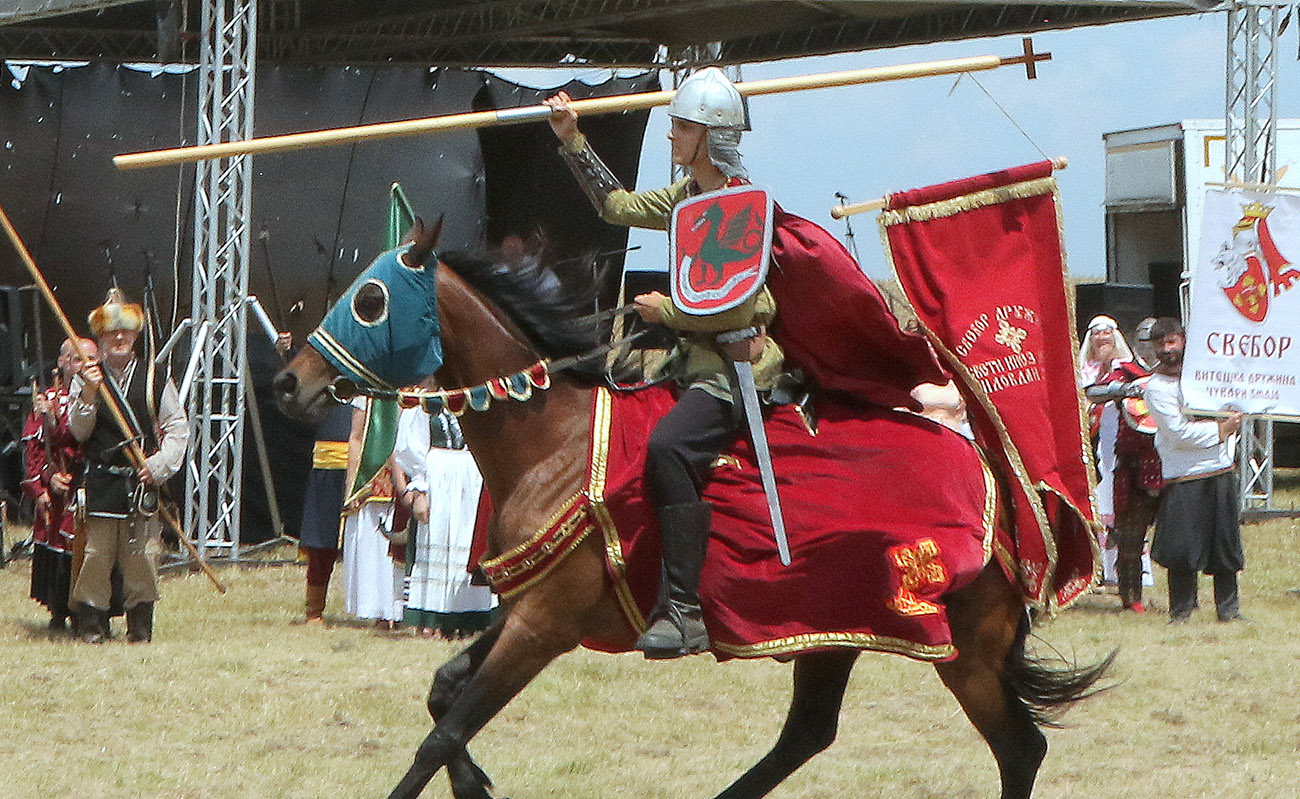 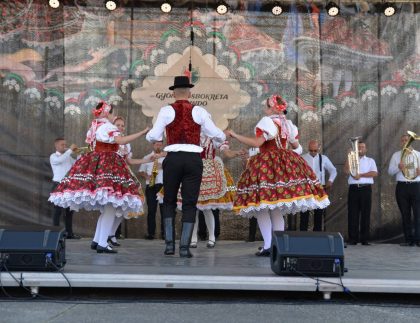 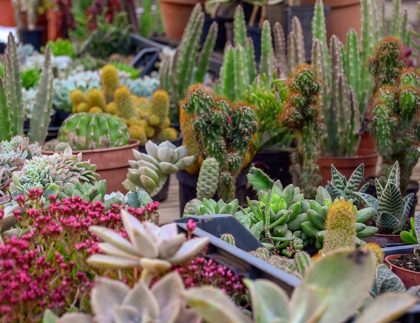 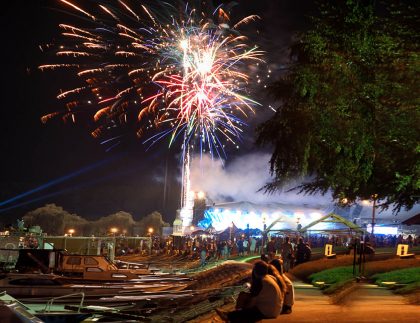 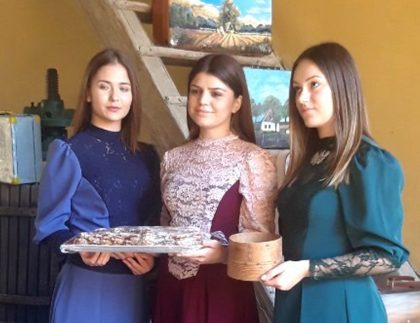 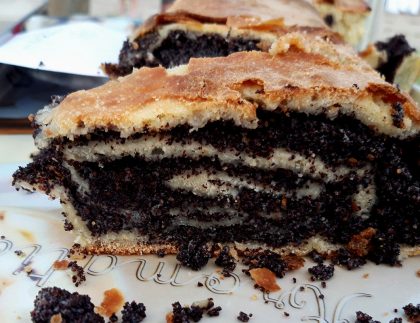 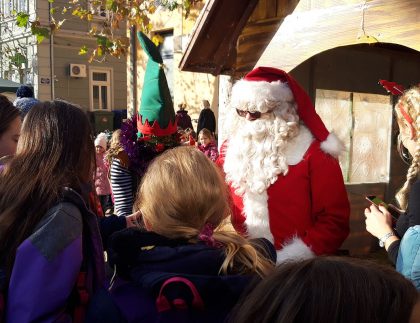 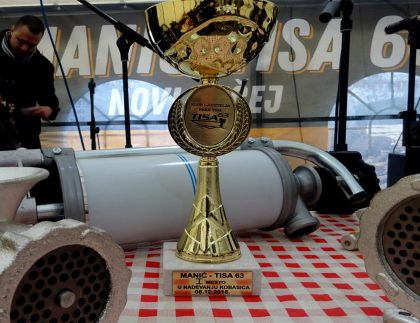 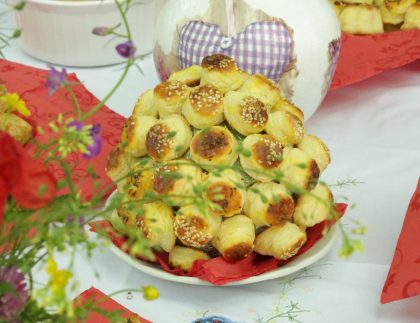 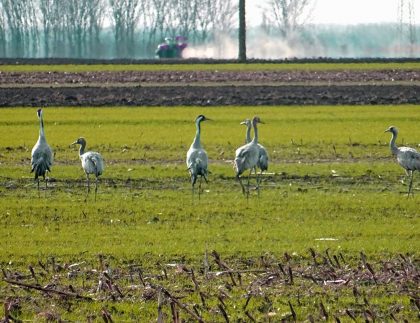 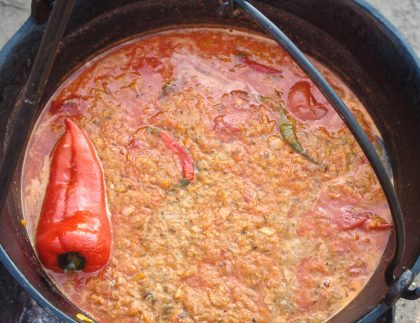